Ryan Murray from Guest Services at The Carle has been noticing guests create in the galleries this summer and wrote a blog post to share with us. Read more to see what has been happening in the galleries! 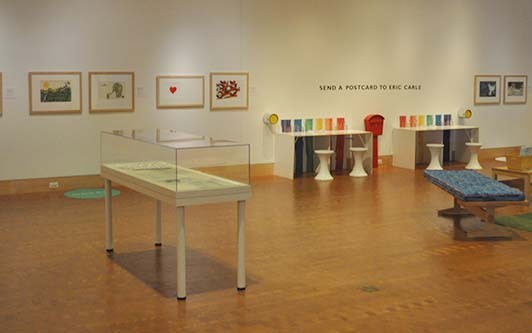 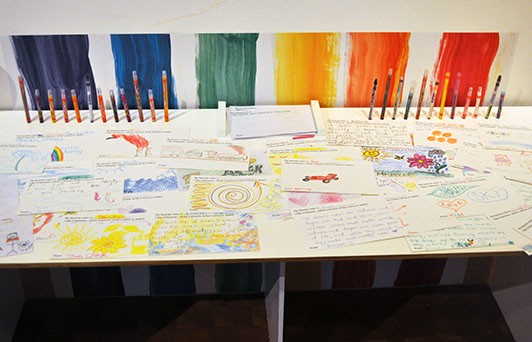 In one of our recent exhibits, What’s Your Favorite Color?, guests could create a postcard to send to Eric Carle in which they drew a picture and/or wrote a story explaining their favorite color. The twistable crayons used in this activity were new and unusual to many people, and a big hit! Despite being labeled as crayons, they take the appearance of, and make marks identical to, colored pencils. 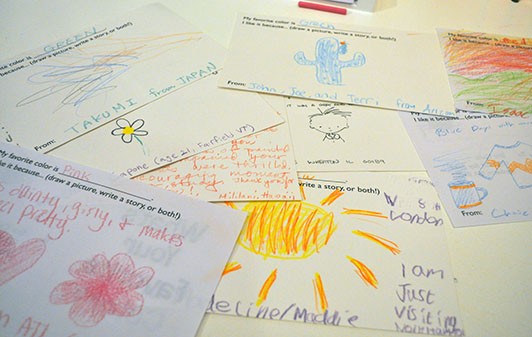 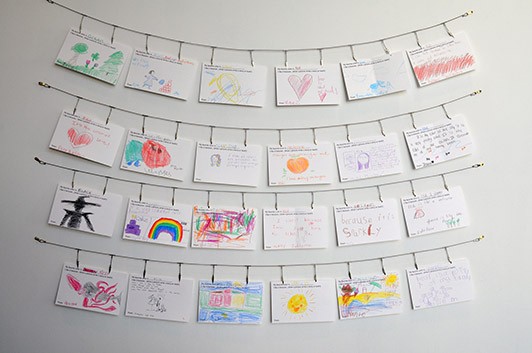 This project was also a great opportunity for some guests to say where they were visiting from – we had guests from Arizona, Georgia, and even London and Japan! As of July 26th, we had over 2900 postcards filled out since the start of the exhibition. 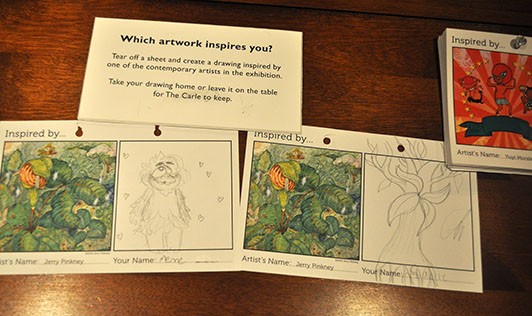 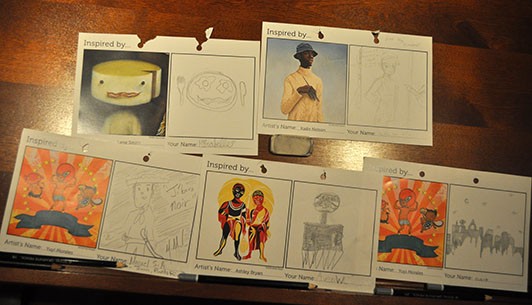 In Collecting Inspiration: Contemporary Illustrators and their Heroes, guests created pencil drawings inspired by the works in the gallery. 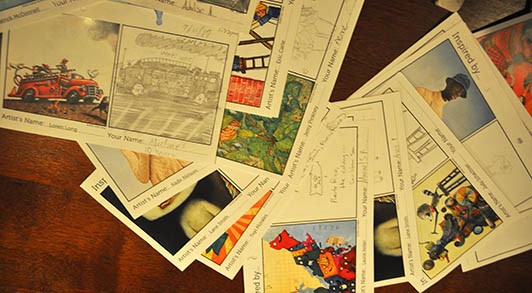 Even with the use of a single graphite tool, there was some great variety, and many took their drawings home with them – perhaps to inspire others! 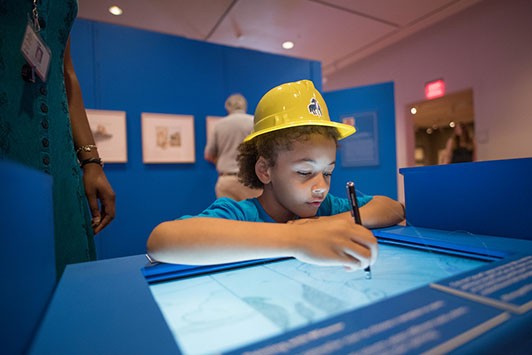 In David Wiesner and the Art of Wordless Storytelling, many children were introduced to the world of digital drawing, as they used their fingers or a stylus to create images on a touch screen. 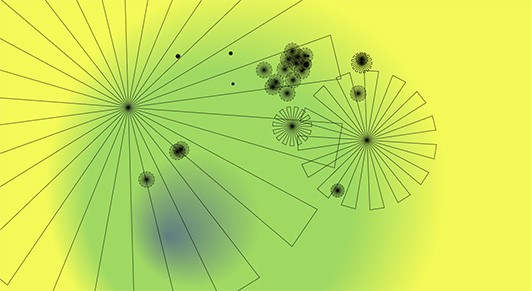 To their amazement, they found that they could change colors and tools at the touch of a button. A template of one of Wiesner’s drawings could be used as a backdrop, as well as a plain white background. Regardless, the images played off of the backgrounds quite well. 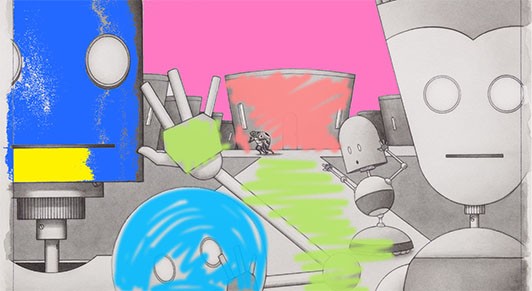 You can find the completed images at artofwordlessstorytelling.blogspot.com.