On the Move with Eric Carle

Planes, trains, and automobiles. Rocket ships and steamships. A horse? Of course! These are some of the ways people and animals move from place to place in Eric Carle’s picture-book illustrations. This exhibition is divided into themes of travel by land, air, and sea, and the artworks represent 15 different titles. Included are Carle’s familiar images from 10 Little Rubber Ducks to linoleum prints from The Boastful Fisherman to small collages from his early reader series of the 1980s.

This exhibition is made possible through the generous support of the Hsin-Yi Foundation.

Visitors are invited to move through the gallery along vinyl roadways, waterways, and railroad tracks on the floor. There are traffic signs and a wooden bridge that guests can cross. The 40 artworks on view are from 15 different books illustrated by Eric Carle. Several pieces are unpublished and on display for the first time. A reading area offers copies of the books represented in the exhibition. 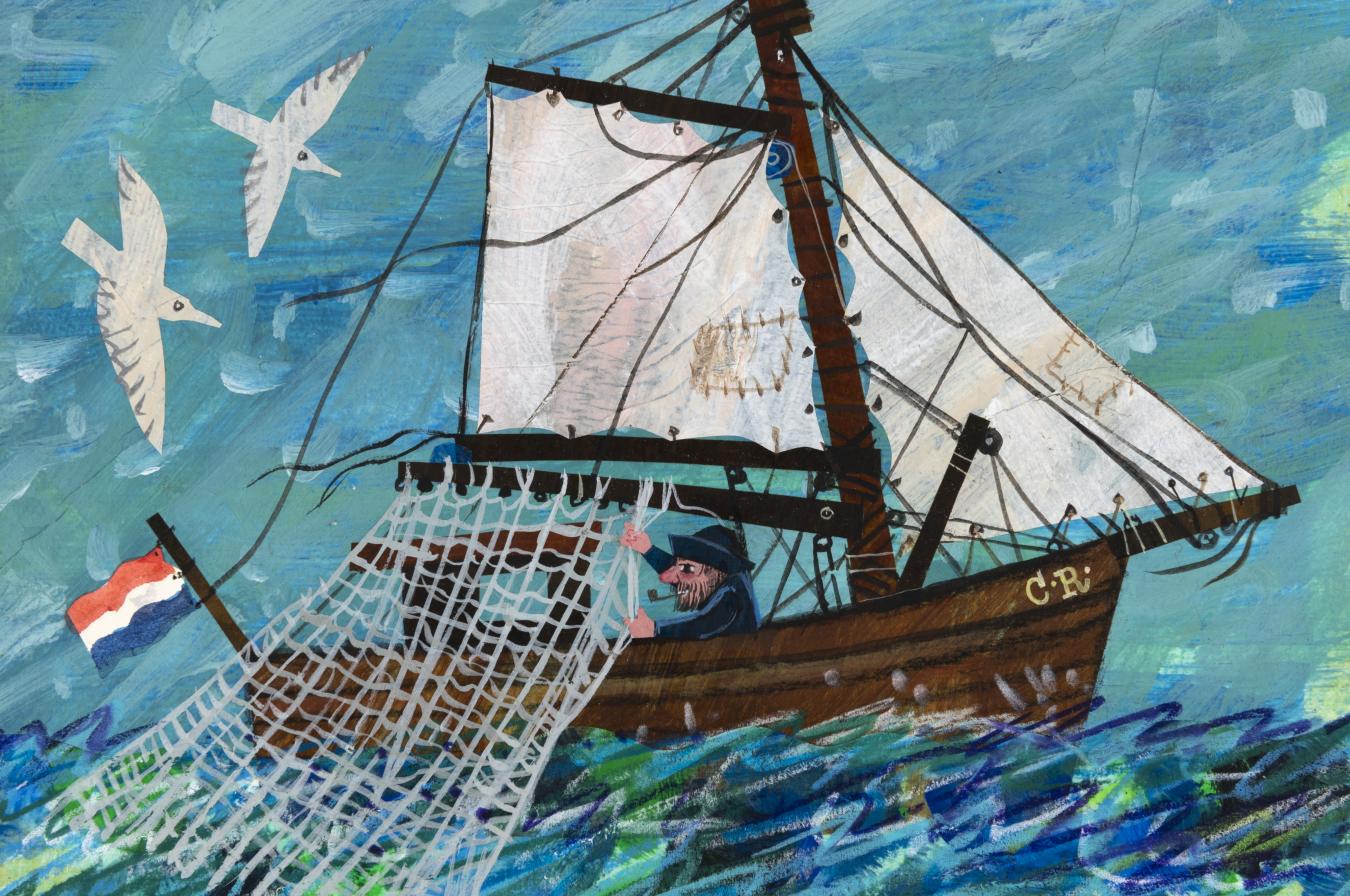 Carle’s children’s initials adorn the bow of this sailboat while the tricolor flag of the Netherlands flies at the stern. This unpublished artwork—originally part of a mural—is on view for the first time. 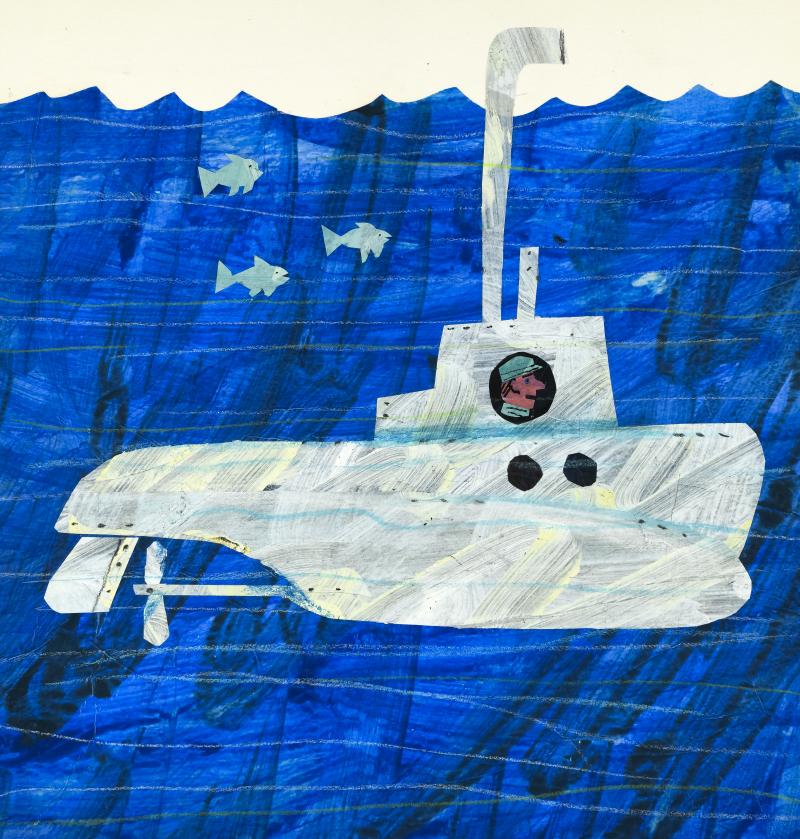 Eric Carle, Alternate illustration for All Around Us. Collection of Eric and Barbara Carle. © 1986 Penguin Random House LLC.

Eric Carle, Alternate illustration for All Around Us. Collection of Eric and Barbara Carle. © 1986 Penguin Random House LLC. 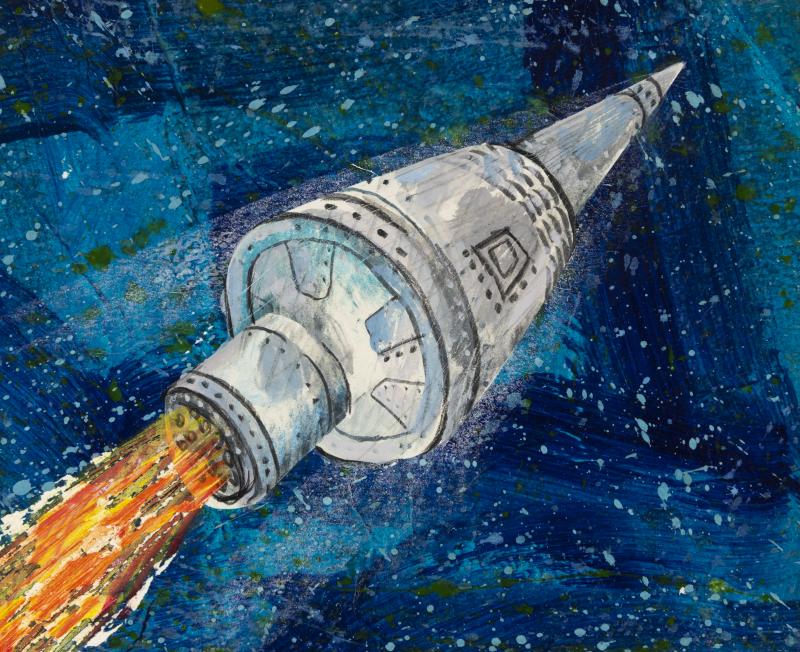 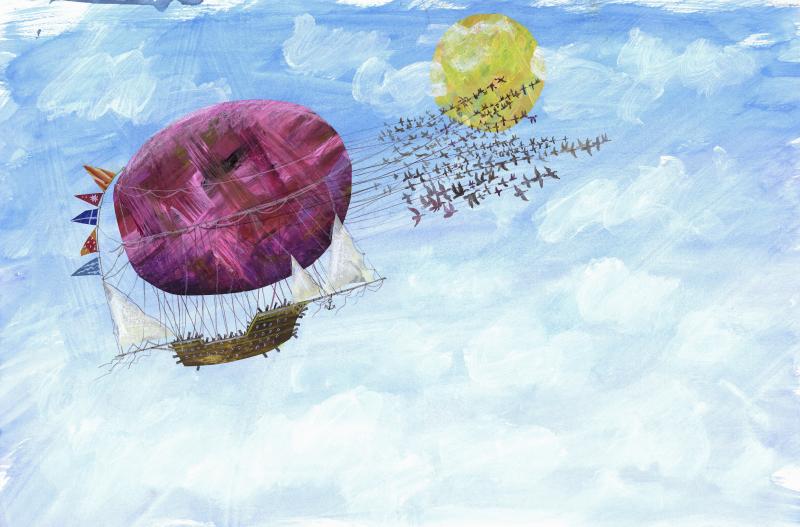 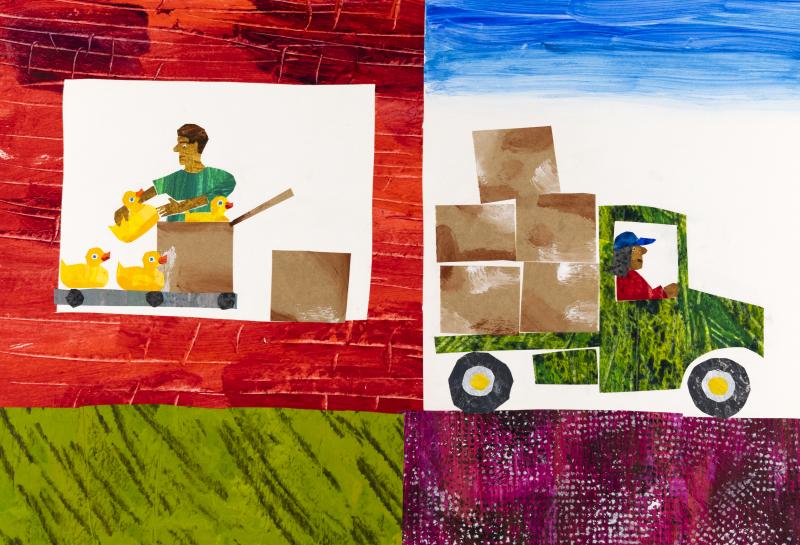 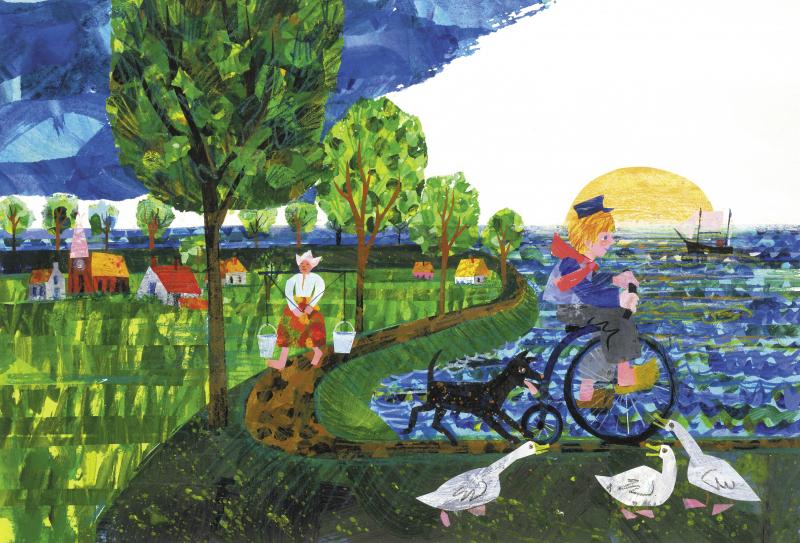 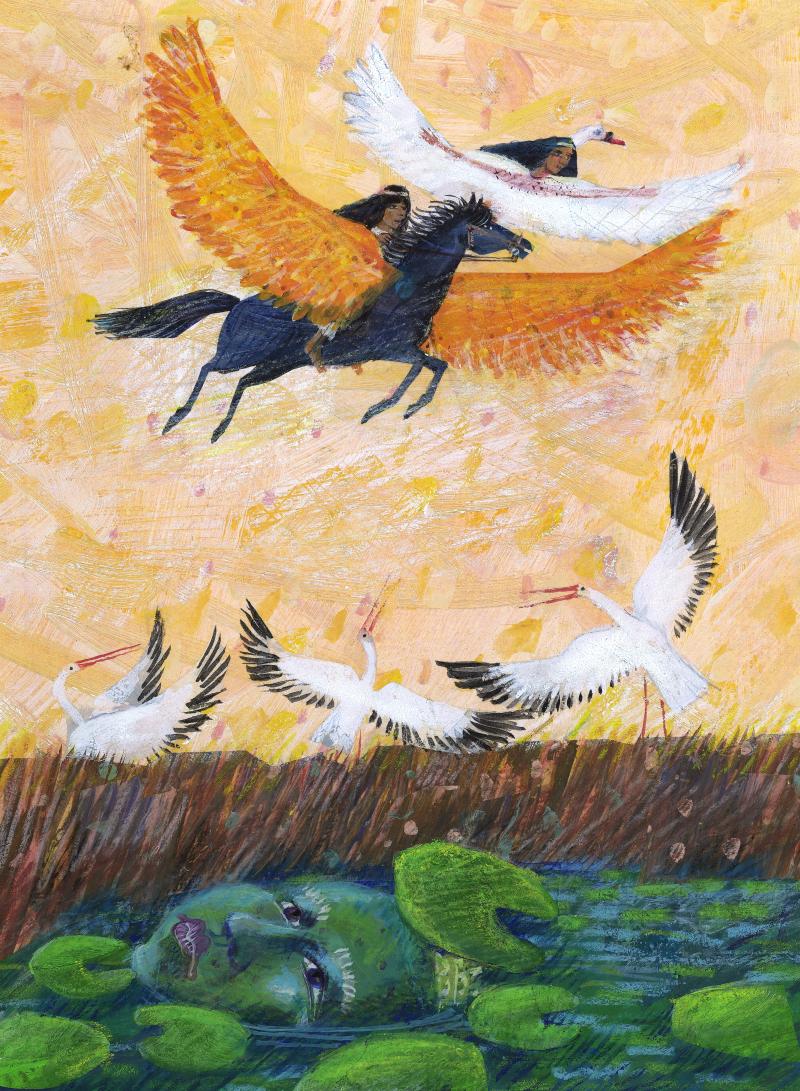 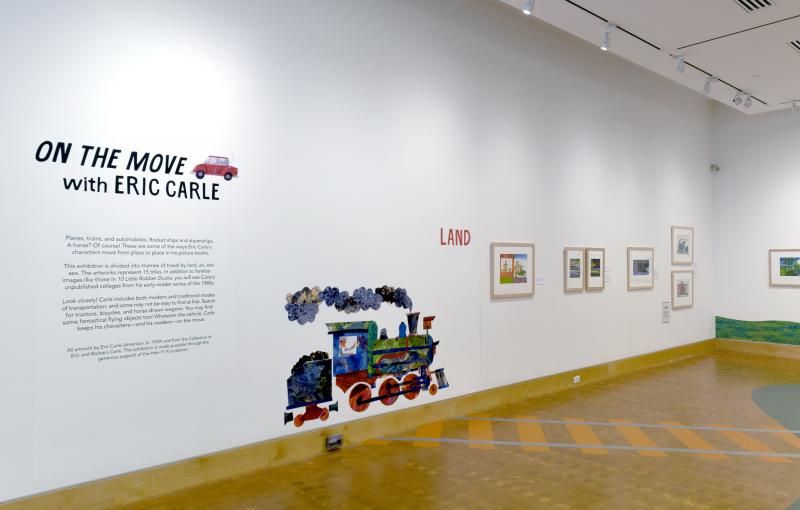 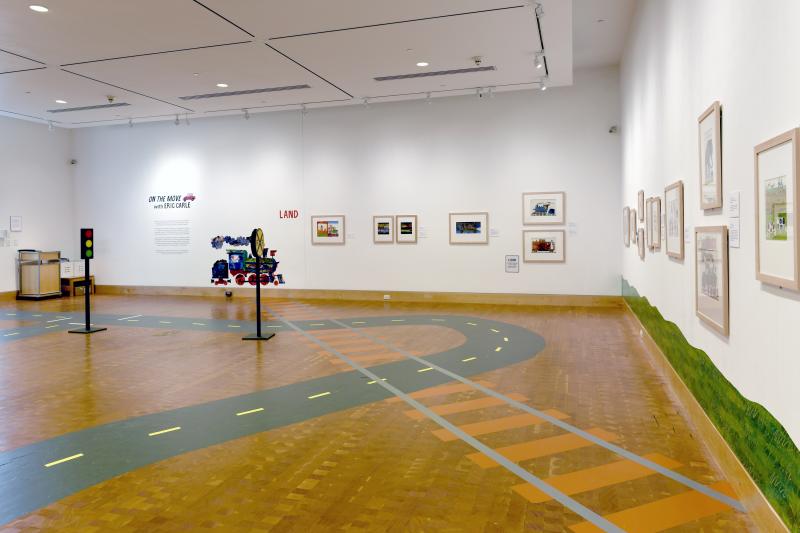 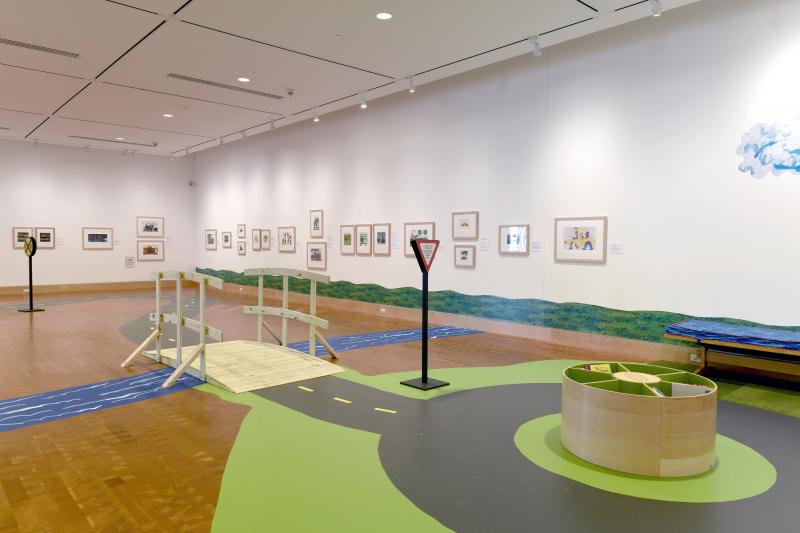 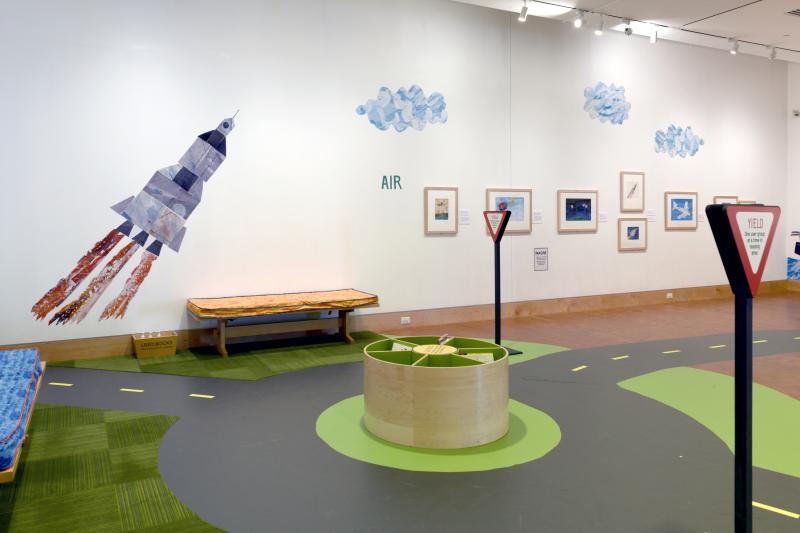 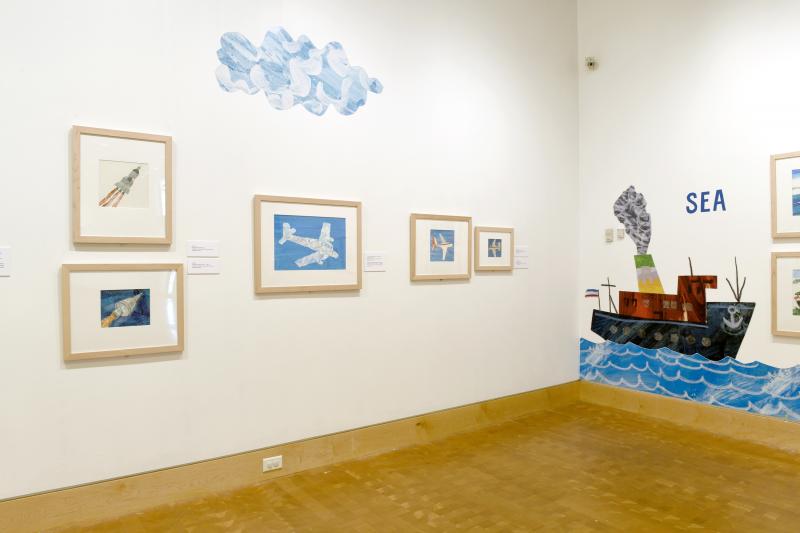 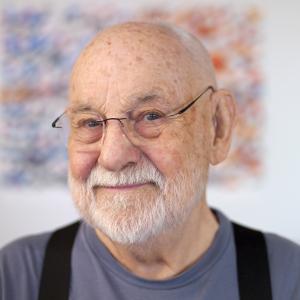 On the Move with Eric Carle

Eric Carle traces the myriad ways in which humans and his fictive characters travel.
Visit the shop 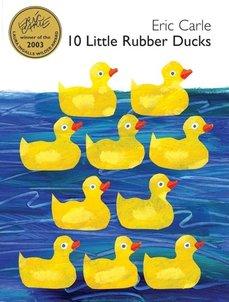 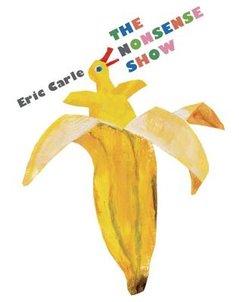 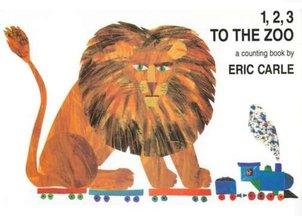 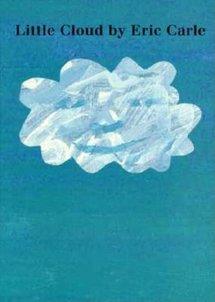 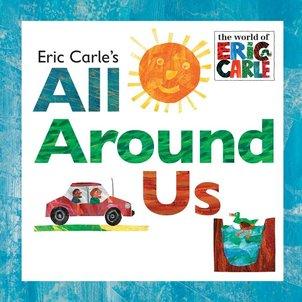