Starting Wednesday, November 30, 2022, masks are welcome, but not required, at The Carle.

Family Music Concert with Tom Knight and In the Nick of Time!

In The Nick of Time, the Pioneer Valley’s premiere family music group, and Tom Knight, beloved Valley musician and puppeteer, are both releasing CDs of new music at the same time! They decided to team up and have one big party together to celebrate with two shows at The Carle. This is a unique opportunity to see two great musical artists at the peak of their creative powers.

In the Nick of Time, featuring Nick Deysher and Tracey Freitag with the full band, will be releasing their 5th album: Easy Street. With ten brand new songs, Easy Street is an eclectic blend of different genres with catchy tunes that you’ll be singing for days.

For this unprecedented show, each artist will do a set of songs from their new albums, and then they’ll sing a song or two together for the finale. Everyone who comes will get to see Knight do the Wiggly Tooth Dance dressed as a giant tooth. It will be a rocking good time for all, BIG and small! 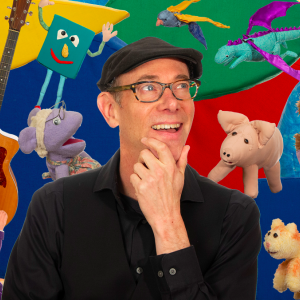 A creative at work and an entertainer at heart, Tom brings fun, whimsy, and personality to the center stage. A pinch of puppetry, a dash of music, and a sprinkling of educational classes for young children have been baking for more than 30 years to create an engaging, delightful persona that has charmed audiences around the world. Since 1988, Tom has delighted children and their grown-ups with his interactive, musical puppet shows featuring hand-made puppets, catchy songs, and lots of audience participation. 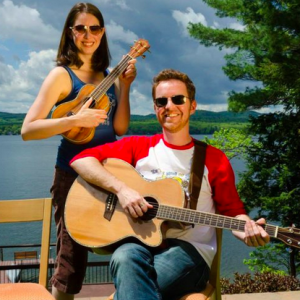 In the Nick of Time

Husband and wife team Nick and Tracey are the center of In The Nick of Time. As high school sweethearts, they have been performing together for over twenty years. With Nick’s older brother Seth on bass, and life-long friends Dan on guitar and Brian on keys and drums, when the whole In The Nick of Time crew gets together, a good time will be had by all!

Family Music Concert With Tom Knight and In the Nick of Time!

Join us for a rocking good time for all, BIG and small! Beloved Pioneer Valley musicians Tom Knight and In The Nick of Time are celebrating the release of new music.